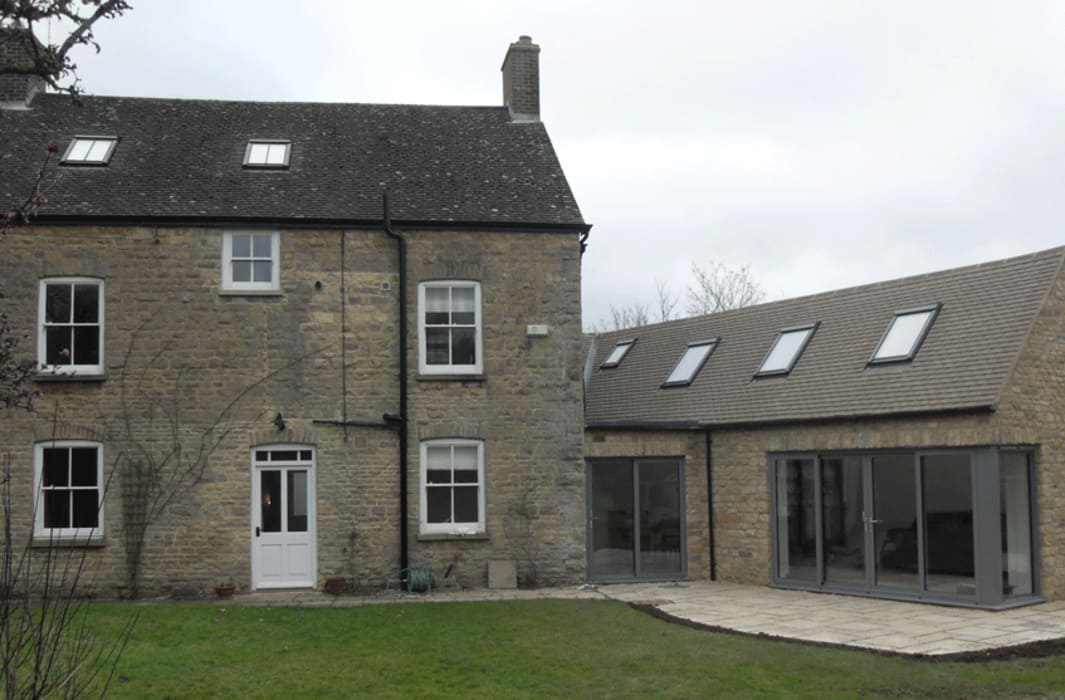 The initial project focussed around the complete re-ordering of the interior of house in Charlbury. Since it was built in the C19th the house had been altered a number of times so that the essence of the original house had been severely affected.

The project focussed on the re-instatement of the original staircase location to the fist floor, re-arranging the whole first floor bedrooms and opening up the attic space to the full roof height and bringing in more light with some sympathetic leaded dormer windows.

While forming the staircase the original stone cellar steps were uncovered and the access re-formed and one of the previously blocked windows was re-opened showing that sometimes new works are based on the re-instatement of the original design intentions.

The purpose of a follow-up project was to add a new Living area as an extension of the Kitchen space in this former farmhouse property. The clients wanted to have a well lit space to exhibit some art and ceramics they had collected as well and providing a dining and summer room.

The design intent was to open up the room to the rear garden and form a new wing that allowed the main house to be read as one element and this new wing. While built in stone and Cotswold plain tiles to match the main house from the front form the rear the change in the glazing to an aluminium system was intended to allow the new side extension to be read as a C21st addition.

The open interior was achieved to allow the light to evenly fill the room in a gallery effect and the timber board ceiling and Maple floor give the room a Scandinavian feel.

The remaining part of the extension incorporates a Utility room and side entrance. Externally a shaped paved area provides an outdoor dining space within the sheltered part of the garden