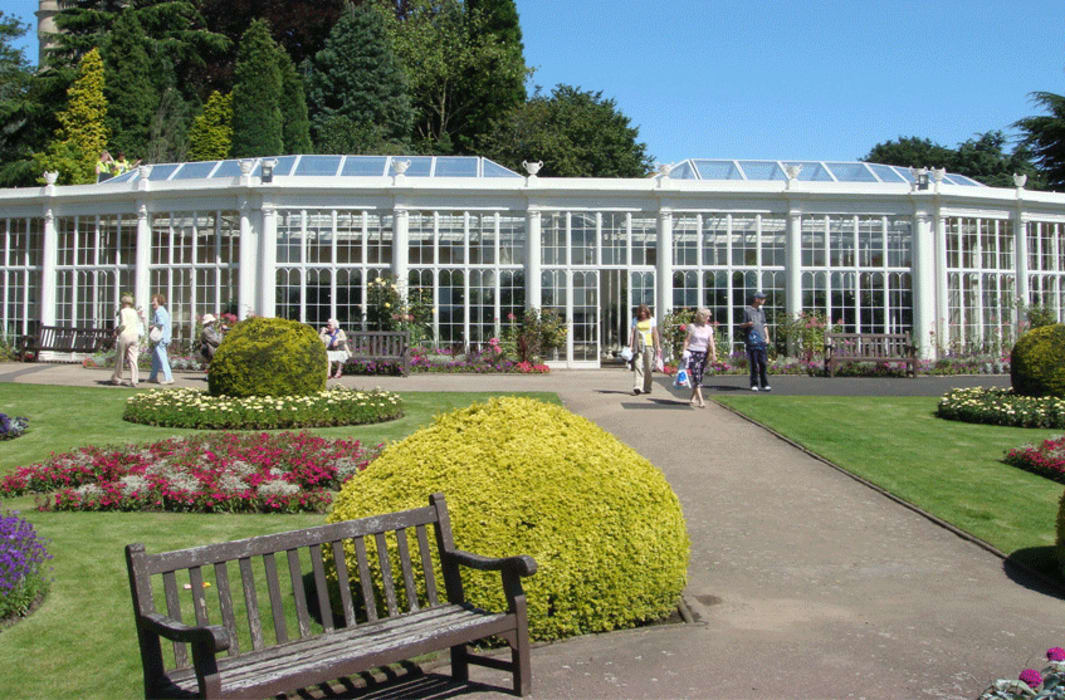 Wollaton Hall and Park is Nottingham City’s most distinctive historic site, with the dramatic and instantly recognisable silhouette of the Hall perched high above the surrounding park. There are wonderful views of sweeping grasslands, tree lined avenues radiating from the centre, extensive woodlands and a picturesque lake. Wollaton Hall and Park is a unique country estate, now surrounded by the City of Nottingham and a mere three miles from the very heart of the city centre. There are more than five hundred acres of landscaped deer-park, with herds of red and fallow deer roaming free within the park boundary walls. These deer herds have been a feature of the park since the first enclosure in the middle of the fourteenth century.

The Camellia House at Wollaton Hall is one of the earliest cast iron glass houses in the country, built in 1827. Before the works commenced the building was in a very poor state of repair and on the English Heritage Buildings at Risk register. The Project included the complete renovation of the whole building and as such was dismantled completely and all the components cleaned, repaired or re-cast, including the lining of the underground drainage channels and former heating pipes.

One of the original design flaws were the low pitched glazed rooflights which were so fragile that they could not survive snow and wind loads. To deflect and protect the roof glazing we designed an ETFE membrane over-roof following the lines of the original roof to be as discrete as possible, which allowed the roof to return to its former glory and give the Camellias a new lease of life.