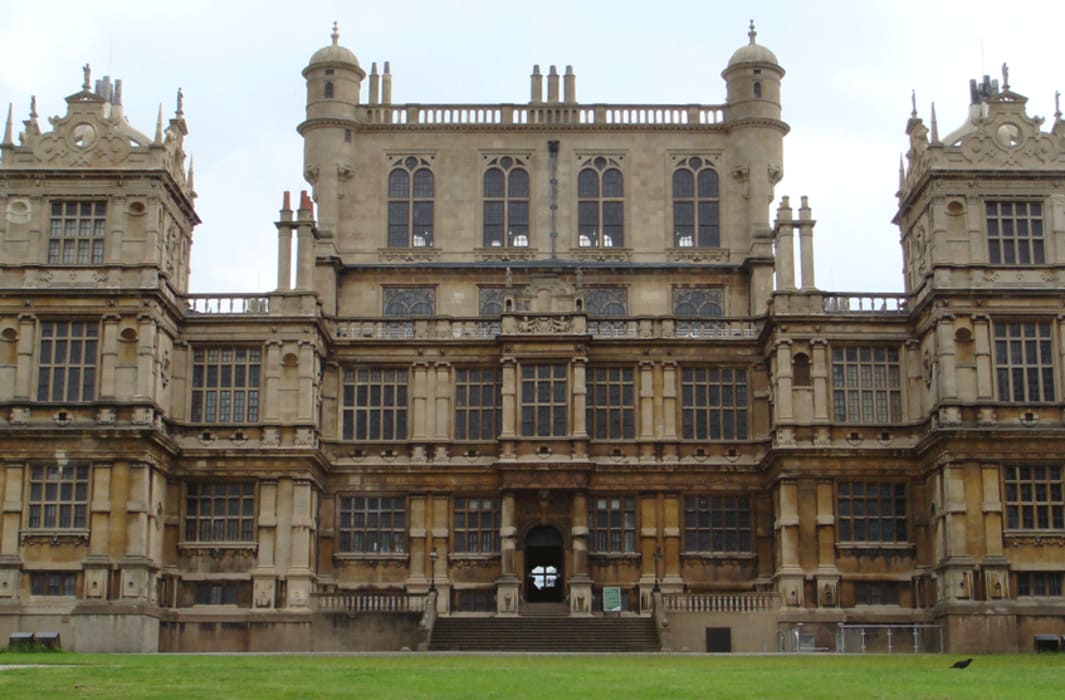 Wollaton Hall and Park is Nottingham City’s most distinctive historic site, with the dramatic and instantly recognisable silhouette of the Hall perched high above the surrounding park. There are wonderful views of sweeping grasslands, tree lined avenues radiating from the centre, extensive wood- lands and a picturesque lake. Wollaton Hall and Park is a unique country estate, now surrounded by the City of Nottingham and a mere three miles from the very heart of the city centre. There are more than five hundred acres of landscaped deer-park, with herds of red and fallow deer roaming free within the park boundary walls. These deer herds have been a feature of the park since the first enclosure in the middle of the fourteenth century.

The Hall is one of the finest example of an Elizabethan Renaissance House (Listed Grade I) designed and built by the Robert Smithson (also the de- signer of near by Hardwicke Hall) for Sir Francis Willoughby. The house was later restored and repaired by the architect Sir Jeffry Wyatville. The estate was purchased shortly after the First World War by the City Council and has been enjoyed as a public park since that time. The house has housed the Natural History Museum for much of that period. The £9M Phase 1 works project concentrated on restoring the external stonework, joinery and glazing on the upper levels, restoring the Prospect Room floor to allow its use as part of the visitor attraction and primary resource for the museum. The other key area was the basement where the Tudor kitchens were restored and added to the visitor route via a new lift inserted into one of the internal corner towers giving access to most of the building to disabled users for the first time.